After a hectic culinary week in San Francisco, it was time for a last lunch. So many choices, so little time. Before heading off to a four-hour flight in a sardine tin, I needed some mellowing out. And in the Bay Area, Greens marries bliss with upstanding cuisine. One realizes the possibilities of a robust and creative vegetarian cuisine while relaxing at the edge of the Bay. Greens captures the ethical soul of near-fine dining. This is no veggie-shack, but green cuisine. 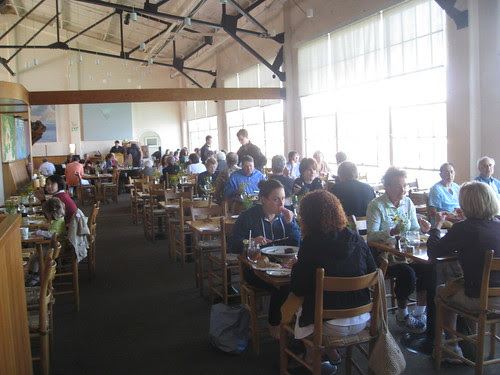 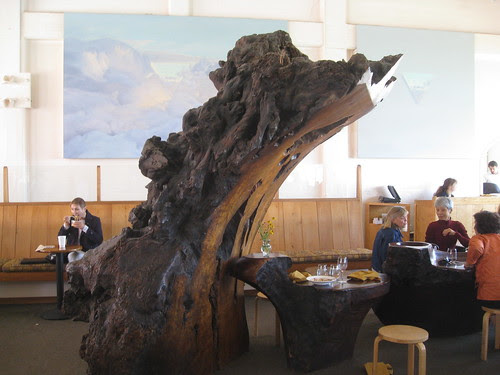 Having had a warm bath of calories the past week, I chose two cool and light plates. Both were generous – and humane – first courses. Grilled nectarines with fromage blanc, watercress, and Snyders sage honey was as tempting as any fruit salad that I have been served in, well, close to ever. It was summer sweet while the crunchy watercress added a slight peppery intrigue. Perhaps it could have been dessert given the honeyed depth, but for a small meal it was a fine starter. 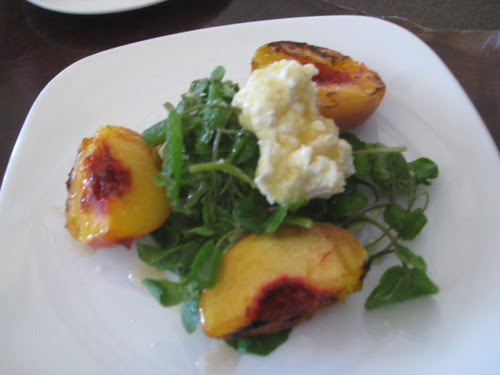 The second plate was ricotta corn cakes with jalapenos, scallions, cheddar and smoked cheese, served with crème fraise, fire roasted tomato and pumpkin seed cilantro salsa. The ingredient list on the menu makes the dish sound more pretentious than it was in person, but those allergic to pumpkin seeds and smoked cheese have been duly warned. These griddle cakes were a fine success, reminding us that (pace Michael Pollan) corn is not necessarily a four-letter word. These cobby-blinis were complex without being precious. Had I the stomach I could have eaten a baker’s dozen. 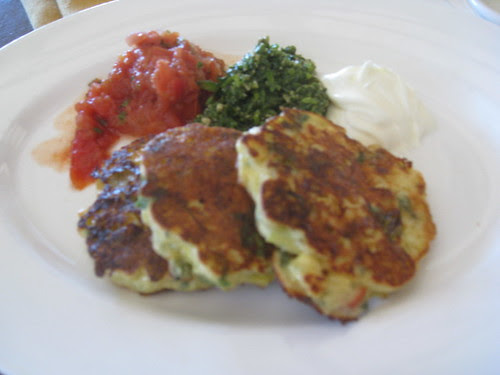 And so from the bustling calm of Fort Mason, I left with memories to consume on the (thankfully) foodless flight home.

Zaharakos and the Politics of Ice Cream

It being August, our fancies turn to ice cream. Driving through Indiana, I was delighted to learn that Zaharakos - the classic ice cream parlor (or parlour) in Columbus, Indiana was once again open for business after four years shuttered with new owners. Zaharakos was opened in 1900 by Greek immigrants. The turn of the century was the golden age of ice cream parlor throughout America - palaces of delight and danger - many of them opened by southern Europeans (especially Greeks and Italians), and the public was both attracted to this otherness and fearful of the danger. Ice cream made its greatest impact in the Midwest at the time of the St. Louis Exposition in 1904. Rumors were spread that the unscrupulous owners would put narcotics into the ice cream of pretty young women dining alone and then sell them into "white slavery" (in contrast to that other form of slavery!). In fact, ice cream parlors were somewhat less reputable than tattoo parlors are today. For an excellent account of the dangers of ice cream, see a recent article (very readable) by Bill Ellis in the Journal of American Folklore: 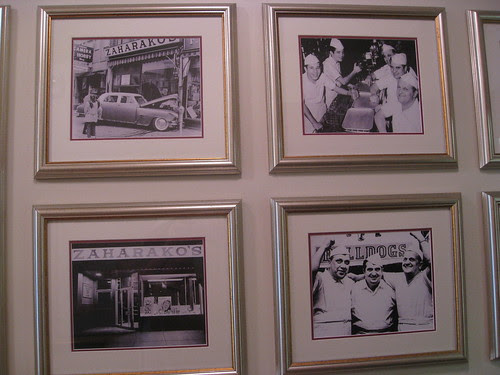 Even today ice cream is somewhat dangerous as Illinois governor Patrick Quinn has signed a law that bars sex offenders from driving ice cream trucks. This could limit the employment options for some politicians, but presumably not our governor. Perhaps the next stage is to prevent these miscreants from working in ice cream parlors.

Zaharakos is open again (about five minutes from I-65 in the architecturally-splendid Columbus, Indiana. The woodwork and the fountain and the organ has remained, 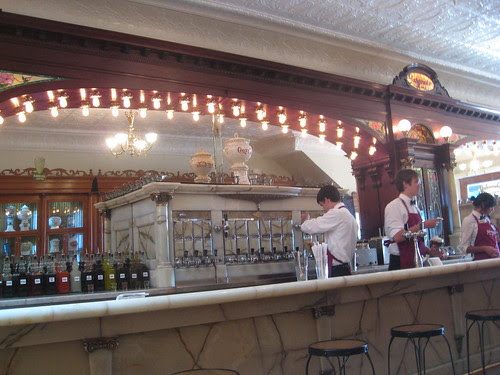 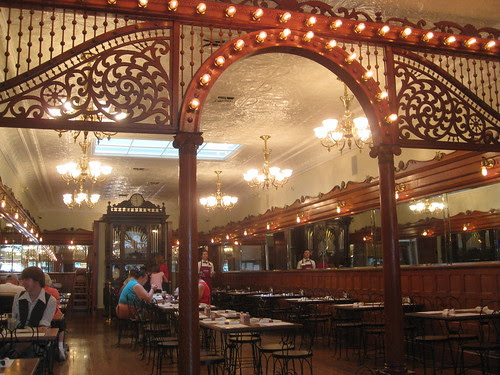 although the space is somewhat too large for the number of tables, giving a slightly empty look (ice cream parlors should be bustling). Still simply having Zaharakos open for business again is terrific. Service was energetic, if not polished (on the evening I was present, there didn't seem to be any adults running the place: not necessarily a bad thing). I ordered the Gom Cheese Brr-Grr (Brr-grr, get it?): a Maid-Rite sort of sloppy-joe/cheeseburger on white bread (although not exactly thick white bread as the menu proclaims). 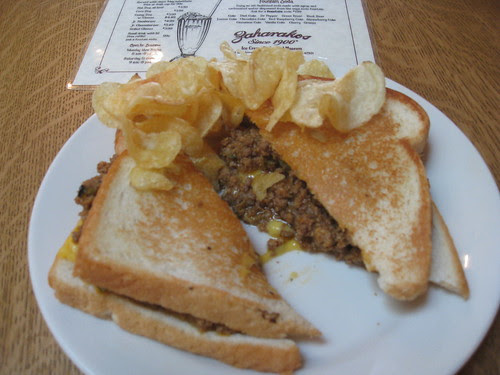 The Ice Cream soda was a worthy blend of ice cream (butter pecan, in my case) and cinnamon syrup, although not a super-premium ice cream. 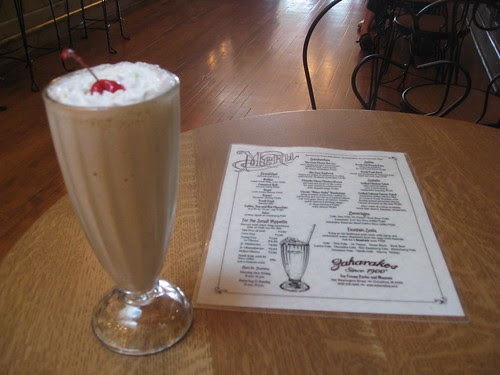 By dining alone in an ice cream parlor one misses something (or if one were a women in 1909 perhaps gets something as well); still just knowing that Zaharakos is back in business, even without a frisson of danger, is comforting.